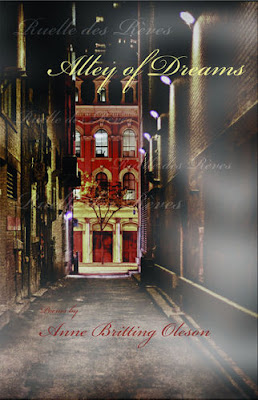 After I lost my beloved dalmatian, Dexter, to kidney failure on Christmas Day in 2017, I plunged myself in the self-study of the afterlife. I wanted to believe that the afterlife is also real for the animals we love. I want to believe that my beloved companion for more than eight years, Dexter the dalmatian, is happiest now in a much better place beyond what dog lovers know as “the rainbow bridge.” Having lost all my life’s savings to the almost eight months of Dexter’s treatment and regular veterinary hospital confinement, his medicines and the almost weekly fluid therapy, and to doing my best in providing him the best possible and most comfortable life and living for his last several months, I could no longer afford to buy books. In the months that followed, until today, of my self-study of the afterlife, I relied on the internet—Google for articles and papers, and YouTube for lectures and interviews of experts in the field. And then I received from my publisher, Laura Williams French, this poetry collection from fellow Clare Songbirds Publishing House author, Anne Britting Oleson: Alley of Dreams. The timing reinforced my belief in synchronicity, as if something cosmic was reassuring me that hope for a better world, a better existence, is the sine qua non of life and living.

I began my self-study of the afterlife biased. It seems redundant that I have to prove to myself without doubt that the afterlife exists—that it is both a better state of being and place. Even without having started this in-depth self-study, no one and nothing can convince me otherwise that my beloved dalmatian, Dexter, is much happier in a place so much better. My discoveries inevitably branched, and continue to branch, into specialized subject matters, like Near Death Experiences (NDEs), Out of the Body Experience (OBEs) or Astral Projection, Buddhism and Hinduism, spirituality and religion, cosmology and metaphysics, reincarnation and past life memories, and a smattering of neurology, psychology, consciousness studies and quantum mechanics. I don’t need to understand fully these specialized fields. I only need to have an intuitive grounding, as it were, in order to confirm what I already know and believe in—that the afterlife is real, that death isn’t what most of us think it is but some sort of a transition, that we survive death and live on in another dimension in another mode of being after we leave our bodies.

Practically all near-death experiences, according to experiencers and experts, have one important thing in common, and this commonality finds its place in Anne Britting Oleson’s Alley of Dreams. It is the heightened vividness of the experience, particularly visually, that make people, who have passed through the threshold, as it were, and returned, recount that the afterlife is the real life and that this corporeal existence is the dream. They describe a colorful dimension of intensity and unmistakable delineation—for example the edges of petals pulsing with lucidity. In Britting Oleson’s collection of 24 poems, this dimensional clarity, this experiential vividness, is in spectacular display. Lines such as

The number, on a scrap of paper/ran in blue rivulets

You sense them all - the tails,
the organdy gowns - as they swirl past,
the ghostly coquettes smiling
at men who sailed long ago
from this sparkling promise
into disappointed old age and death

They are warp to the weft of our evening:
safe inside around the lamp

prod our sense of fractal burgeoning, twirling like pieces of a light-edged kaleidoscope. Rhythms seem to pulse independent of words and phrases, although the ebbs and flows reinforce sounds in their syllabic dimension, and they inevitably conjure color in the mind. sparkling promise, for instance, bequeaths old age and death in the succeeding line a whiteness that is almost glass.

Color isn’t the only lure to perception that is free of dilution. Smells are almost visual, visceral as a lucid dream. In “The Clank of Bells in the Roadway” she writes:

After sundown, the shapeshifters,
darker than air through which they move,
shuffling beneath occasional lowing,
smell of dung and sweet clover.

In “Shade”: Each breath/she drew in carried his scent precipitates The air (that) hummed like/the paired strings of his mandolin in the succeeding lines.

Nor do the lines stop at cross-sections of smells. In “Looking Back Up the Hospital Drive,” the primacy of taste propels the first tercet into an emotional ambiguity in the second tercet:

They do not come easy to me, these words
like glass in my mouth, cutting until
I taste blood:

the blood whispering through the chambers
of an enlarged heart, failing
the old woman at the upstairs window.

Aurally, the poems move in varying degrees of dexterity, the shorter lines moving faster, full of anticipations created by alliteration, assonances and echoes:

She held the peppermill
in her palm, the pad

she had closed his eyes, gently,
she still glanced up every time
at the sound of a footfall,
at the creaking of a door.

The longer lines are slower, hypnotic, hypnogogic, deployed with the receding lulls from an expert hypnotist:

I do not recognize the landscape, but realize,
as one finds the way in dream country:
these are the Smokey Mountains

The stones in their bed of cut grass murmur darkly,
or perhaps that’s the foreboding in your blood.

Which brings us to what has been conveniently called “the sixth sense” —the most relatable aspect of Britting Oleson’s poetry to the apprentice of the supernatural—and the ways it perceives or penetrates otherwise imperceptible dimensions of being. “The sixth sense” is almost as reductionist as scientific materialism, because it fails to a large extent in encapsulating the whole range of untapped psychic abilities all living beings possess. The poet, especially, is expected to perceive more, to see and hear and smell and taste things that to most people are probably nonexistent. But to the poet nothing is impossible. To the poet the proof of anything’s existence lies in the imagination. If it exists in the mind, it exists. In reading poetry, one of the first things I look for is the poet’s mind at work—especially a consciousness suggesting nonlocality, as I want to believe that consciousness doesn’t reside in the brain, in which case it implies continuity, death only a threshold breached upon transition from physical existence to the afterlife.

I’d call Britting Oleson’s visual technique “superimposition,” as though the poet has perceived at least two worlds or dimensions and has merged the tangible and the intangible—in ways that make the invisible at last perceivable. It takes re-readings for blooming realizations, her poetry enjoyable in a new manner at each return, as if the reader is bequeathed with new eyes each time. The last couplet in “The Clank of Bells in the Roadway” sums up the entire collection’s reading experience: the first line—we don’t see them until they’re gone—objectifies the unmentioned, formalizes what at first glance seems shapeless, concretizes articles of intuition, exteriorizes inner vicissitudes like feelings into materiality; the couplet’s second line—and then we’re uncertain they were here at all—reiterates the necessity of yet another re-reading, because corporeality seems to have vanished back into the spiritual, the visualized returned to the misty from where it earlier actualized. This seeming regression isn’t a justification for the impermanence of the illusory, but should rather be an argument that in the physical world, wherein our current existence anchors our senses, other dimensional aspects of being rely on evocation. A fine line dividing evocation and imagination is crucial to determining what exists in another dimension and what exists only in the mind. This fine line could be faith or belief. But when two worlds or dimensions become one the distinction between imagination and evocation blurs into invisibility. Britting Oleson skillfully weaves the visible and the evocable in lines such as:

Is she real, or an old reflection, standing
with an upraised hand, waving
or patting hair into place?

Her poems are populated with ghosts, shapeshifters, the old occupants of the older house, dead children, departed loved ones, the blue-cold ectoplasm of winter. A walk by the river, in a dawn that frowned with the threat of snow, brings the reader in the vicarious freeze of the frigid air to the sudden epiphany of looking up—to see what might have me in its sights. The poet is fully aware of ghostly participation in ordinary life and living, not so much because the wraiths straddle both worlds as the very strong proposition that there is no distinction between this life and the next. Dead children play in the woods—girls in floating while dresses, boys in short pants - and to them the poet and her readers are the apparition, or they, too, aren’t aware that our worlds have overlapped. The poems argue by showing that death is an illusion, that consciousness survives the body’s dissolution. The poems show that death as transition and not cessation allows us to bring with us into the afterlife our memories, our loves and anxieties, our cares and preferences. Each poem is at least two poems, if the reader separates the worlds, the words and their images from the shaped silences and their echoes. The poems in this collection reassure me that my beloved dalmatian, Dexter, hasn’t entered inexistence after his death but is alive and in fact standing next to me wagging his tail as I write these last words.

I don’t need scientific proof because I believe. It gives me hope.

*****
Jonel Abellanosa resides in Cebu City, the Philippines. His poetry has appeared in numerous journals, including Rattle, Poetry Kanto, Anglican Theological Review, Mojave River Review, Marsh Hawk Review, The Filipino-American Artist Directory and Star*Line . His poetry has been nominated for the Pushcart Prize, Best of the Net and Dwarf Stars award. His fourth chapbook, Songs from My Mind’s Tree, has been published in early 2018 by Clare Songbirds Publishing House (New York), which will also publish his full-length collection, Multiverse, in late 2018. His poetry collection, Sounds in Grasses Parting, is forthcoming from Moran Press.