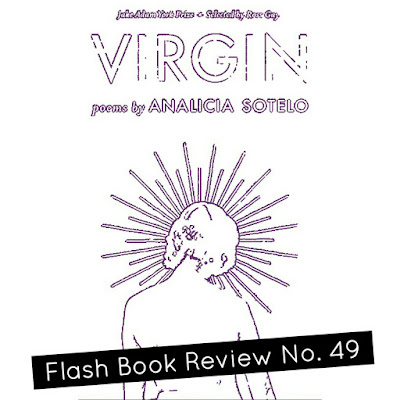 Flash Book Review No. 49: This e-book reminds me of the films Ladybird and The Little Hours, both of which were released in 2017. The two movies explore how a woman's knowledge and intimacy with her own sexuality can render her vulnerable once and powerful ever, and instruct men on how to look at a woman: not with elation for the giftedness of the body, but with fascination for the outspokenness of the mind. "Now I have three heads: one / for speech, one for sex, / and one for second-guessing." Analicia Sotelo presents in Virgin (Milkweed Editions, 2018) an autobiographical persona who traced her roots then braved her way through the society's double standards with her boldness and courage. But the lyricism she offers borders on quietude and composure--all the poems that are desired to articulate the overarching theme are but gentle piercings on the soul. "We're all performing our bruises". And this performance is like telling us, there's nothing wrong with stories of abandonment, there's nothing wrong with counts of loneliness and separation, there's nothing wrong with wild fantasies, as long as these are expressed beautifully, without the intention of forceful imposition. With the prudence of myths, of parables and of motifs of the speculative, this postcolonial attempt to represent the aspirations of young Mexican-American girls gracefully achieves its organic unity. May publications like this reach our archipelago, where people busy themselves with survival, where people "think" that "thinking", the occasional contemplations on art, is not affordable. 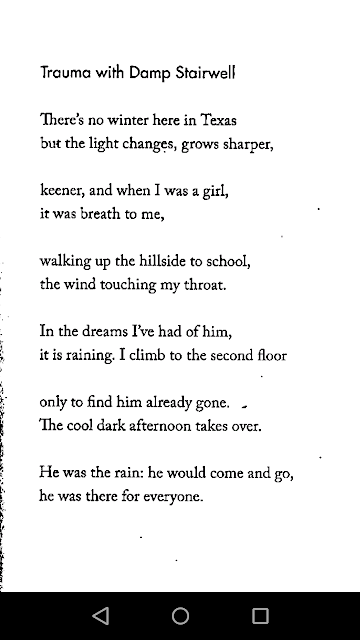 
Since 2016, Aloysiusi Polintan has worked as a Senior High School Principal in Divina Pastora College. He started scribbling poems and essays when he was 17 years old. These poems are still kept in a notebook and wait to be revised for future publication. This notebook will be revived and will give birth to language already "lived." That is why his blog is named "Renaissance of a Notebook," a blog of poems, personal and academic essays, and flash movie reviews. His book reviews, which are published and featured in The Halo-Halo Review and Galatea Resurrects, are also to be found on the blog, under the series title "Mesmerized." He believes that the ability to judge or critique a literary piece starts with the reader's being moved and mesmerized by the artful arrangement of words articulating some longing for freedom and individuality. He's now working on a manuscript of 50 poems, with a working title of Brittle Sounds. He's 24 years old, living in Nueva Ecija, Philippines.