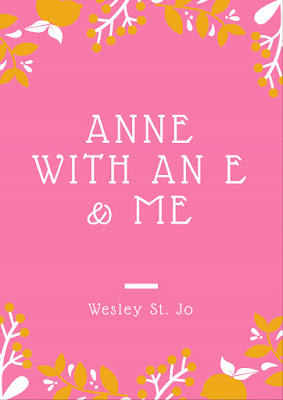 There are ten poems in Wesley St. Jo’s ANNE WITH AN E & ME but they are the core of a slim book barely containing its outsize personality. That personality—persona—brims with charisma and enchants the reader through not just the poems’ texts but with evocative illustrations and a lovely book design.

The opening poem immediately draws in the reader—here’s the beginning of the first poem, "Clarity," that alerts the reader to a forthcoming pleasurable read in the rest of the book:

Inspired by the novel Anneof Green Gables, each poem seemingly responds to or takes off from a quote by “Anne with an E.” The illustrations also show off the poet’s talents as a visual artist. Here’s the third poem, introduced and illustrated (click on all images to enlarge): 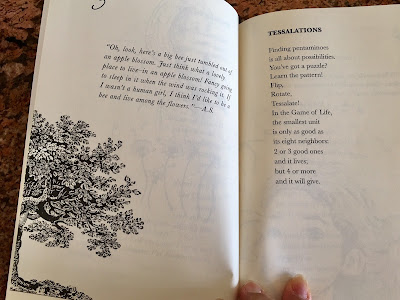 As regards book design, I mean to include the switching to different fonts for emphasis). The last line of the first poem’s ending 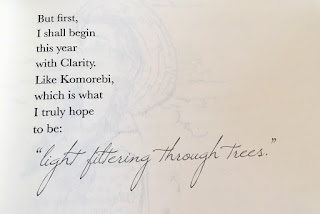 certainly would not be as resonant were it presented in the same font as the rest of the poem.

The collection's persona has a joyful spirit who’s quick to observe and respond with wit. I certainly do appreciate the smart mischief in the seventh poem: 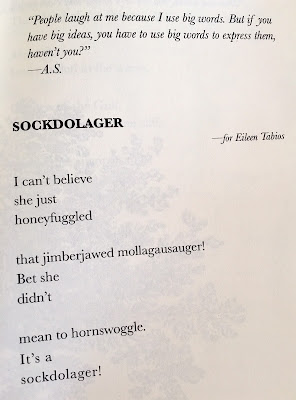 But I don’t recommend the book because one of its poems is dedicated to me (or because it expanded my vocabulary, which is a bonus—I now occasionally call my dogs “Jimber Jaw!”). I recommend ANNE WITH AN E & ME for making the reader smile… and smile about the book long after it’s been read. In the world of these poems, optimism never flags and that is quite a tonic for these days.