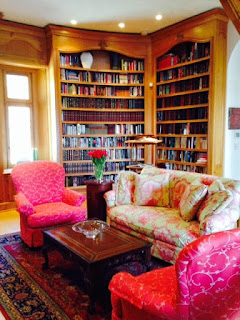 Twelve years ago, I began Galatea Resurrects (A Poetry Engagement) to offer a space for anyone to engage with poetry, in any manner with which they wish to engage. In addition to “normative” and academic types of reviews, Galatea Resurrects has presented personal meditations, poems, and visual art in response to poetry. While participants have included some of the top critics of the day, poetry engagements also have come from students and teens. I’m grateful to all of these volunteer-“reviewers”. Thank you for your commitment, support and love for poetry.

Needless to say, I also thank the poets. And the poetry-publishers!

I’m also grateful to the receptivity (and patience, if not forgiveness) from those who have received my engagements. I’ve personally used Galatea Resurrects to tinker with how poetry may be “reviewed” and, as with any experiment, some efforts succeed more than others. Nonetheless, it’s been a joy to engage with the 414 poetry books and projects to which I’ve turned my pen.

With this issue, Galatea Resurrects has reviewed or engaged with about 2,088 poetry projects, representing the efforts of 654 publishers in 19 countries.  Much of the best in poetry and poetry publishing occurs at the small or indie press level. But it’s these small or indie publishers whose achievements rarely get the deserved attention, and I’m proud that Galatea Resurrects has drawn attention to those doing something fresh with poetry and its forms.

In addition, Galatea Resurrects has brought online material that’d been available only in print editions, as well as various features in both prose and poetry forms. Gratitude to those who’ve participated and/or given permission.

With this issue, Galatea Resurrects also goes on sabbatical. But its Archives remain until the internet goes through the end of the world. For Poetry is forever, not based on its publication dates.

There is also an encyclopedia-length print anthology in the works along the lines of a Selected Galatea Resurrects Reviews, edited by superb poet-editor and frequent Galatea Resurrects contributor John Bloomberg-Rissman. What a blessing! I hope to be able to announce its release in 2019.

See you at the end of GR's sabbatical,

Eileen Tabios is the editor of Galatea Resurrects (GR). She loves books and has released over 50 collections of poetry, fiction, essays, and experimental biographies from publishers in nine countries and cyberspace. Her 2018 poetry collections include HIRAETH: Tercets From the Last Archipelago, MURDER DEATH RESURRECTION: A Poetry Generator, TANKA: Vol. 1, and ONE TWO THREE: Selected Hay(na)ku Poems which is a bilingual English-Spanish edition with translator Rebeka Lembo. Forthcoming are WITNESS IN A CONVEX MIRROR which will inaugurate Tinfish Press' "Pacific response to John Ashbery", THE GREAT AMERICAN NOVEL: Selected Visual Poetry and THE IN(TER)VENTION OF THE HAY(NA)KU: Selected Tercets. She invented the poetry form “hay(na)ku” whose 15-year anniversary in 2018 was celebrated at the San Francisco and Saint Helena Public Libraries. She has received awards, grants, and residencies for her work, about which more information is available at http://eileenrtabios.com.