WRITING IN THE ETHER by CATHERINE ARRA 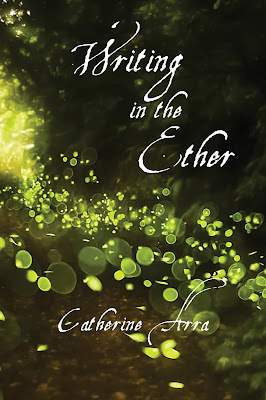 I begin by sharing a poem that illustrates the strength of Catherine Arra’s memoir-in-verse, Writing in the Ether: 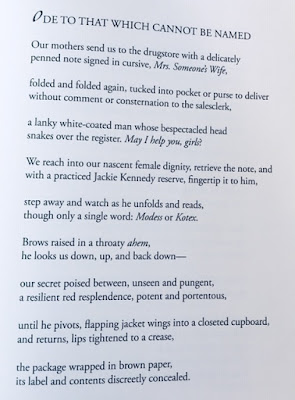 I wanted to share the above (in order not to ignore it) because I’m moved, in reviewing the book, to focus on mostly another aspect: how poetry as a minimalist art benefits storytelling by sharing pain without bludgeoning the reader.  That is, as Arra says in the book’s last poem and title poem,

How … excavate youth whose beauty stings?

Youth, in the author’s case, meant having to deal with—suffer from—a distant mother: 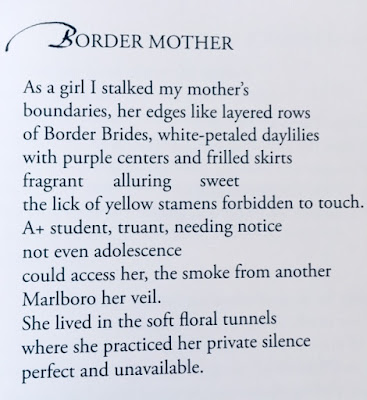 The next poem after “Border Mother” is “Inheritance” which begins with

Momma’s breasts were dry.
She took the shot that stopped the flow.
She bought the formula and bottled it.
The 1950s. Dr. Spock said so
And I suckled a hunger that grew.

“A hunger that grew”—for it can take a lifetime for someone to cope with a parent’s impact. The mother possessed “secrets” like, from the daughter’s perspective, “the ones that kept you away from me.” (26) Whatever secrets, reasons, exist for the mother’s behavior, the effect is such that Arra is refuses to adopt her mother’s cat upon her mother’s death, and refuses a second time when the couple who first took the cat splits up.

And so there are stories presented through these poems, but as Arra writes in “Anniversary,”

There is a text within every text,
every good novelist knows

As reader, I am okay with not knowing the entirety of Arra’s history—what matters most is how she succeeded with these poems in “sorting, manag[ing] the erosion of years”(79) to create and craft poems that are both delicate and substantial, and ultimately moving. With her first collection, Arra succeeds in her goal as shared in  “Thanksgiving Eve,”

… needle-eye the thread of my life
into yours and feed me the loss
that becomes grace.