It’s a challenge to create the ineffable.  Sacha Archer did it successfully with Memory, a (visual) poem initially discerned to be Chinese text printed on a long scroll (click on all images to enlarge): 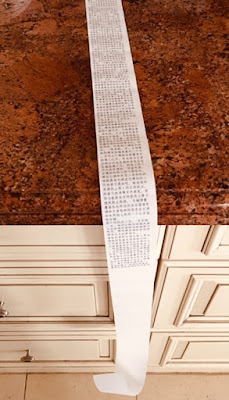 I read viewed Sacha’s poem while I was in the middle of writing (a still unfinished) series, “When I Was.” Inspired by the first line to Anselm Berrigan’s poem “Seven”—“When I was seven”—I am writing poems entitled “When I was 1,” “When I was 2,” and so on.  Writing this series creates another reminder that there is a period in my life that I find difficult to remember; it’s why I’ve not yet managed to continue the series beyond “When I was 28.”

I mention the above because perhaps I was already sensitized to issues of memory and loss when I came to engage with Archer’s Memory. It first intrigues due to its packaging: 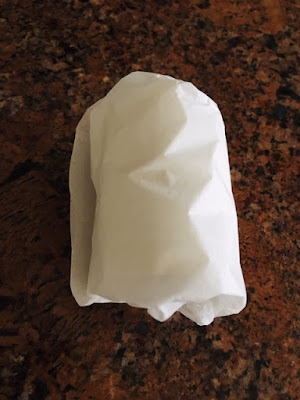 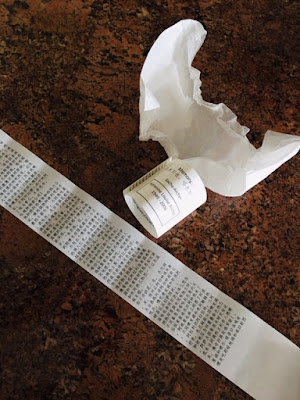 The unopened Memory seems to evoke a shroud. And the fragility of its covering—a tissue-like paper—aptly fits its theme. Memory tends to be fragile; it tends to rupture from pain, regret, loss … I would later learn that Archer created Memory in memory of his mother, Adriene Louise Archer, who passed in 2006. Was I immediately drawn to Memory as I, too, experienced the pain of my mother’s transition (note how I couldn’t initially write the word “death”)?

Note as well the long blank “page” or blank strip of Memory’s scroll—how the poem does not end with the last line of text: 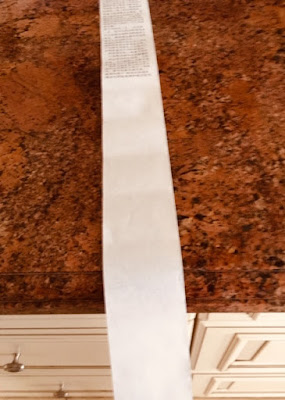 It’s as if there’s still more that needs to be said.  Years later, after Mom has passed, I’m still talking to her, including talking to her about matters that we had not resolved during our lifetime together. And the doubling effect: because we never addressed certain matters while we could still converse with each other, I have begun to second-guess my memory of those matters—there are issues which I can more clearly face only with her input and yet her input is evaporated by loss.

If my mother’s loss initially was partly offset by immediate memory, time is enemy as it chips away at memory to expand the blankness of the page. It’s a blankness that the recollector—and writer, which Archer also is—might prefer to fill with accurate words about and to her.  But the scroll ends in blankness—such blankness has the last word. Thus, Memory to its readers (non-Chinese fluent readers), is mostly “an artifact which is intentionally impenetrable,” as Archer puts it in an accompanying Author’s Note: 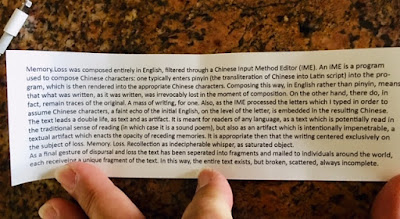 The Author's Note doesn't just reveal how the thoughtfulness of the project's conceptual underpinnings. It also evokes how much has been said about the spirits of objects, that is, for something to be an object is not necessarily to be inanimate. Animism, for example, is the belief that objects, in addition to places and creatures, possess distinct spiritual essence. Tsukomogami, in another example, are tools in Japanese folklore that have acquired a spirit. As I look at Archer’s Memory, I don’t so much see this artifact as feel it.

Yes, I feel loss. But I also feel longing. Thus, what I ultimately feel from Sacha Archer's Memory is Love.