A WIFE IS A HOPE CHEST by CHRISTINE BRANDEL 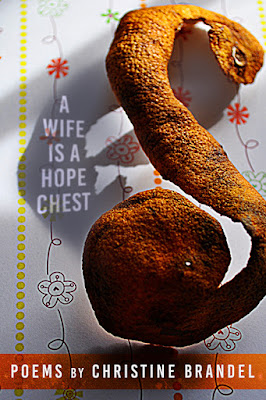 There’s a sense of earned-ness about these poems—it’s palpable. They seem to address matters non-theoretically; they seem to raise matters from the author’s direct experience. I note “seem to” as I don’t know the poet and know nothing about her life. Moreover, a note in her Acknowledgments bows to the possibilities spaced out by imagination (i.e. giving thanks to those who specifically “have always encouraged creativity”). But the sense these poems give—especially, actually, if their narratives are mostly imagined—attest to their power that make the reader wonder how much they arise from the writer’s lived experience. And makes the reader—this reader, anyway—inhabit the poems with ally-like sympathy to the persona/author. Poems like

Every evening
your tea
was made
because she
knew to
take care.

Indeed, there is a persona that surfaces—that of a “wife.” But the marriage (perhaps more than one marriage as the possibility of the plural “wives” also surfaces later in the book) is difficult, as straightly presented by such poems as the title poem “A Wife Is A Hope Chest,” “His Arrows,” and, shown below, “The Money Box.” 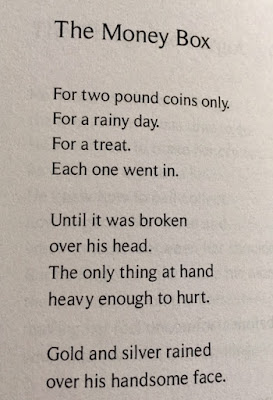 It’s with relief on behalf of the persona or author that, toward the end of the book, the reader comes across the persona “turning it around.” 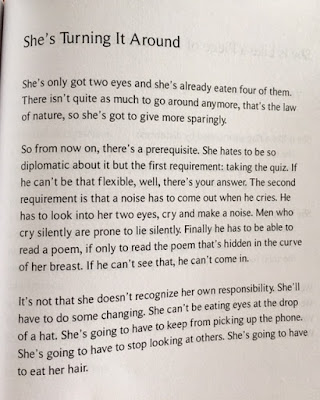 I am reminded again, though, by the book’s last poem, of the writer’s presence. The poem, “It took Eleven Books,” begins with the line

and ends with the line—a surprise of a line (and more of a surprise were the poem read individually outside of the book, which is praise for the poem’s punch)—

to finally set her free.

I am sincerely pleased that when I read the poet’s biography, I didn’t see any references to having written eleven books or prodigiously, book-wise. I’m sure I’m breaking that all-important first rule of not mistaking the work for autobiography. But I reveal this effect as a testament to the collection’s power in drawing in the reader to inhabit these poems. Concurrently, there are lessons worth learning. Here’s a writer again—persona or not suddenly not the point for what it teaches: 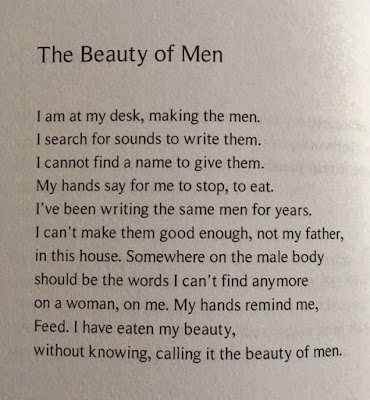