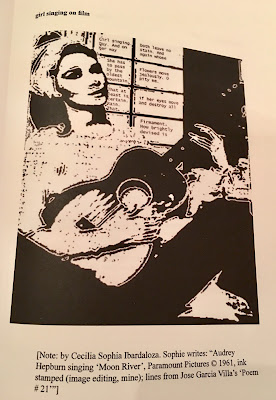 "wings, after the girl has sung" 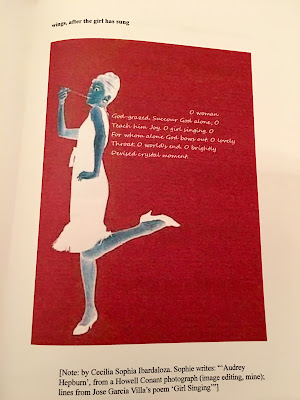 Cecilia Ibardaloza is an artist, poet and calligrapher. She is the illustrator and co-author of BLUE, a whimsical poetry collection launched at the Library of Congress in September 2017, and presented at the 4th Filipino American International Book Festival and at LITQUAKE’s Lit Crawl in San Francisco in October 2017. Her most recent work, an illustrated poetry book, ANNE WITH AN E & ME, was released in January 2018.