1,000 VIEWS OF 'GIRL SINGING,' an anthology presenting 38 poets and artists, was published by Leafe Press (U.K.) in response to Eileen Tabios’ poem, “The Secret Life of An Angel,” itself a response to José Garcia Villa’s poem “Girl Singing.” The book was used a writing prompt for students of Rupert Loydell at Falmouth University. Here’s Rupert, also editor of Stride Magazine, contextualizing the work:

“The work was produced as part of our new WRITING AS A READER, a first year module on the Creative Writing degree at Falmouth University, which considers writing about, back to, from and responding to texts of all kinds (including written, spoken, the visual, aural, as well as poetry, fiction and non-fiction) including reversionary writing, collage, reviewing, adaptation, pastiche and parody, using texts as source material (literally and thematically), creative responses, as well as critical responses. It also considers genre, information content, point of view, tone and literary context.”

You can see poems by the Falmouth University students (with, in some cases, the unique sense of humor of their age), followed by their teacher's own poems over HERE, but I present some examples below by Ceire Warren and Antony Jeffries (click on images to enlarge): 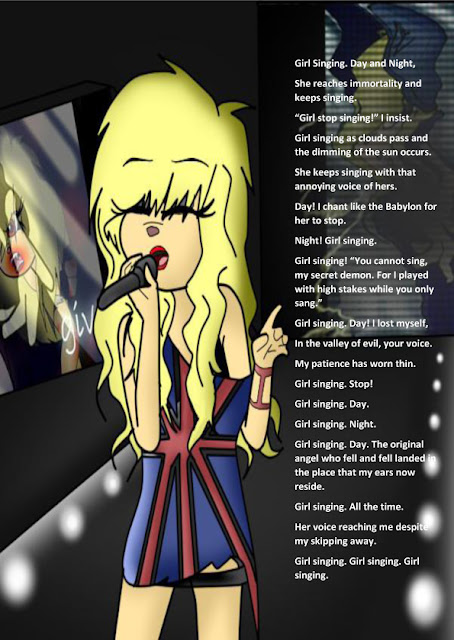 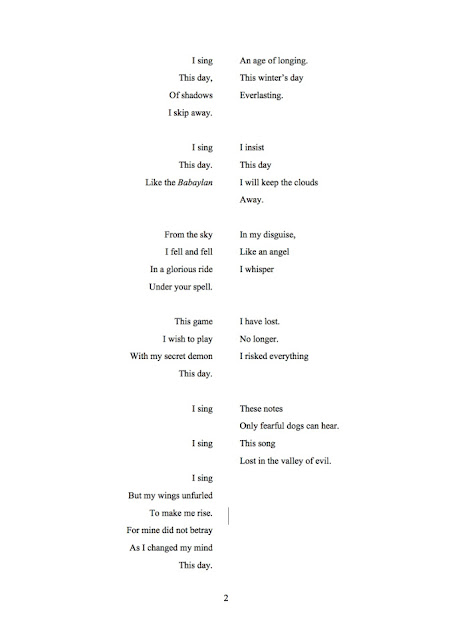 [From Antony’s Notes: “I aimed to create a poem from ‘The Secret Life of An Angel’ that could be read downwards as two separate entities, or from left to right seamlessly as one.”]