THREE EKPHRASTIC POEMS
in the form of hay(na)ku sequences 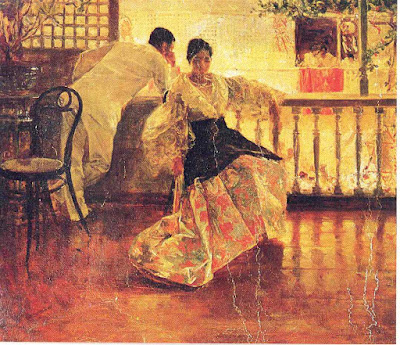 What
happens to
courtship after disenchantment?

Lovers
discovering that
universes between them

can
never be
merged as one,

and existence forever
lonely and
desperate.

She forgets her
beauty in
sadness,

turns
her back;
while he, leaning

her
once perfect
and irreplaceable soul.

Stubborn or star-crossed?
Should or
shouldn't?

Everlasting or temporary?
Love ever
ministers,

both antidote and
catalyst to
suffering. 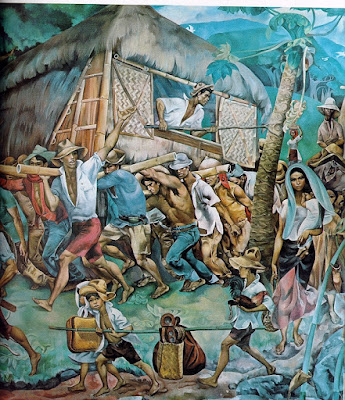 Why I Am Not Friends with My Neighbors

Mirrors are dwindling
in America.
Walls

arise to take
their place.
Could

an entire community
bearing aloft
their

neighbor's nipa hut --
ever be
recreated?

Still I avert
my eyes,
say

nothing. Choose silence
over recognition.
Easier

to long for
romantic pasts,
than 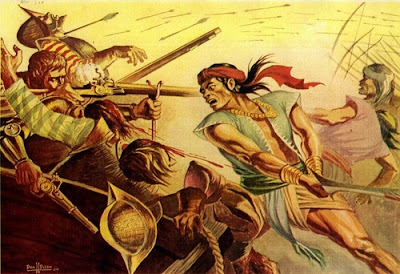 Even mad defiance
would not
mask

fright,
perceptible still
through his bellowing

edge and angle.
Creased skin
between

Oh my datu,
my countryman,
teach

me
bravery's use,
its rightful autonomy.

Abigail Licad is a 1.5-generation Filipino American who immigrated to the U.S. with her family at age 13. She received her B.A. from University of California-Berkeley and her M.Phil in literature from Oxford University. Her work has been published in Calyx, Smartish Pace, San Francisco Chronicle, and Los Angeles Times, among others. She has served as a Rotary International Ambassadorial Scholar to Senegal and as Hyphen magazine's editor in chief. Currently, she lives and works in the San Francisco Bay Area.