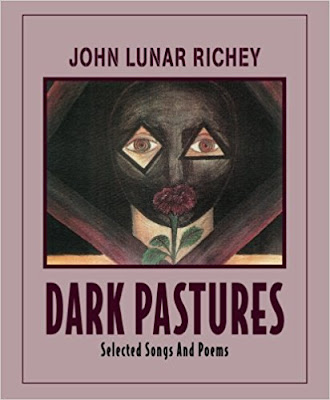 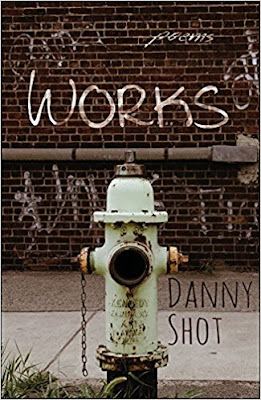 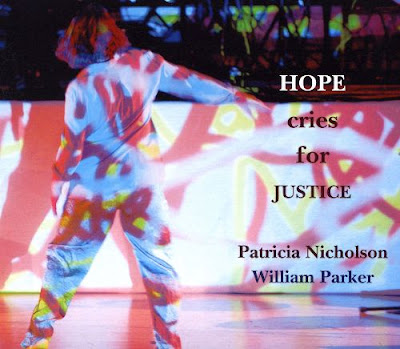 When it comes to poetry its strength is proven in New Jersey poet John Lunar Richey’s new book Dark Pastures (Iniquity Press/ Vendetta Books, 2018), a selection of old and new songs and poems. Richey is no stranger to the scene. He has played with such greats as Thomas Chapin in the cult band Machine Gun, as well as in the bands Lunar Bear Ensemble and Lunar Ensemble along with musicians like Bob Musso. As Danny Shot puts it in his blurb, this book is “the story of a life…as impossible as it sounds, decadent and innocent simultaneously.” The work is dark, at times, frightening but also tender. Some deal with ecology and when I hear him read them they often scare the hell out of me. Ditto some of the ways he deals with sex. Yet whatever extreme he takes we feel deep down inside him the beating heart that wants nothing more than peace and an end to all frustrating madness. “Beauty rooted within the pure flower we nurture lovingly between the hopelessness…” In a poem for Chapin he writes “how freely our music expressed – understanding the (e)motion - moving in the direction of NOW… our angels and demons dancing into nothingness…” From the title poem: “Between lovers, sinners, kings, queens, slaves and friends, where is the light? … sometimes I feel… like opening my arms up wide. Let the blood run right out of me.” Yet from that same heart/mind we get “she parts her lips, taking me inside her memories.”

“Bring in your guitar / Bring in your mother / There’s nothing like Sloppy Joe / Playing Beethoven’s 5th…” Pick this book up. Hear it speak.

Speaking of Danny Shot, another Jersey poet and much beloved retired high school English teacher whose work comes deep from the soul and is brimming over with wisdom, we have, at the same time as Richey’s book, one from him titled WORKS (CavanKerry Press, 2018) with a photo of a dead fire hydrant in front of a graffiti-strewn brick wall on the cover. The book deals with Shot’s experiences as a Jersey boy but extends well beyond that to the haunts of Manhattan where Shot has spent much of his time. He fills the pages with love and honesty and like Richey is often dark, yet hopeful. He too is filled with music. One poem in the book is written for Richey and the Lunar Bear Ensemble. “Guess where I am?… the Court Tavern, but it’s an old man’s bar now, and I think I’m one of the old men… This is what my being needs a healing night of music…where…concerns about aging are useless…because I am alive and the music is loud / and the beer is cheap / and the crowd is real / and my soul is clean…” The son of a holocaust survivor, Shot has an inside track on the horrors that go on in the world yet he expresses these, at times with dark humor, in such poems as “Family Values”: “Everyone hates the Jews / Look where it got Jesus.” Or “Be aware of Christian anxiety during the holidays…” He takes one of his heroes, Amiri Baraka to task for writing “Who Blew Up America.” He writes lovingly about his family and students. He speaks of his mentally ill sister with unbridled compassion. He praises his friends like fellow poet Eliot Katz and throughout the book the music sustains him: “I felt bad today for telling you that / Kanye’s “Bound 2” / was the worst song I ever heard. / You said you really liked it and said no more than that / … I…listened to it…again and again…I still don’t love it. But I don’t hate it either. / I realized being young, / or not too old means / listening with fresh ears, / being able to hear the beauty or truth that someone else can hear.”

He shows us the world as it really is, not just as he sees it. This is a book filled with every emotion one could ever have wrapped in a package of clarity and vision.

Let this book grab you so you too can experience Danny’s “beauty” and “truth.”

Hope Cries for Justice by Patricia Nicholson and William Parker

As the liner notes proclaim,” Hope cries for Justice is a coming together of poetry, myth, music…” This said, the new CD by Patricia Nicholson and William Parker bearing that title says all that and more. From grown-up fairytales to further stories of the Tone World to seeking lost souls, to being called forward to act and not sit still, with Parker on donso n’ goni and bass and Nicholson who wrote the text on voice it is composed of good old fashioned teaching and preaching, pleas to open our eyes to the struggle, calls for solidarity and how love can conquer oppression all done with a relaxed but powerful and defiant narrative by Nicholson with Parker always the all important support system.On the last piece “The Wall Between” Nicholson intones at times over and over “Build a wall…” But by the end of this dramatic piece after stating the ironies that walls are both dividers as well as unifiers she ends the CD by intoning “ a wall that is a channel” waking up us to the realization that the only way to succeed, as I interpret it, is by crossing that channel together or we’ll drown. The CD is on Parker’s Centering Records label.


Poet/collagist Steve Dalachinsky was born in Brooklyn after the last big war and has managed to survive lots of little wars. His book The Final Nite (Ugly Duckling Presse) won the PEN Oakland National Book Award. His latest cds are The Fallout of Dreams with Dave Liebman and Richie Beirach (Roguart 2014) and ec(H)o-system with the French art-rock group, the Snobs (Bambalam 2015). He has received both the Kafka and Acker Awards and is a 2014 recipient of a Chevalier D’ le Ordre des Artes et Lettres. His poem “Particle Fever” was nominated for a 2015 Pushcart Prize. His most recent books include Fools Gold (2014 feral press), a superintendent's eyes (revised and expanded 2013/14 - unbearable/autonomedia), flying home, a collaboration with German visual artist Sig Bang Schmidt (Paris Lit Up Press 2015) and “The Invisible Ray” (Overpass Press – 2016) with artwork by Shalom Neuman.