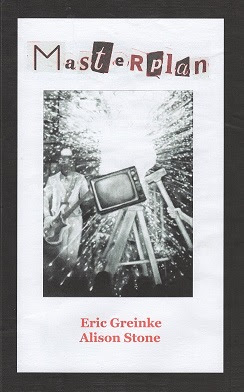 Masterplan is a successful poetry collection based on at least two elements: 1) the poems are effective for providing reading pleasure and keeping the reader interested, and 2) in being collaboratively written, the poems present a persona different and separate from the poets—these are poems that (presumably) could not be written individually by either poet, reflecting an expansion of both poets’ imaginations, which is of course what’s desired in collaborations.

The poems work partly by not revealing its seams, i.e. where one poet contributed lines and the other poet contributed others. They can be seamless through, for example, the harmonious flow of “Landlocked” (click on all images to enlarge): 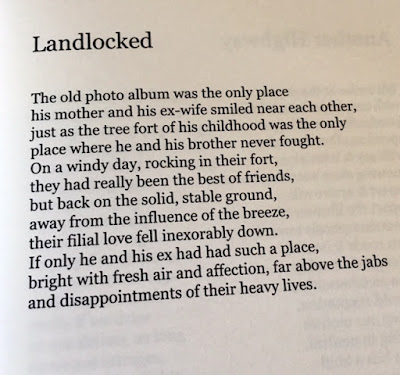 I’ve read many other collaborations between poets but it’s the poem, “The Weight,” that impressed upon me most the talents of both poets. Here’s the poem: 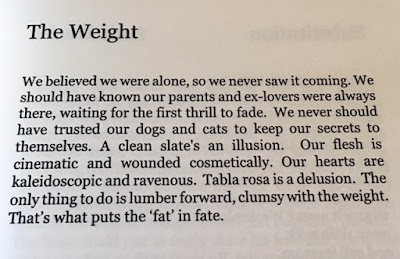 If you take each of the sentences in the above poem and laid them out individually (instead of collapsing them together in a prose poem form), you could notice more easily a seeming (or immediate) lack of logical narrative linkages between each sentence. For example,

"A clean slate's an illusion"

"Our flesh is cinematic and wounded cosmetically."

Any connection between the above two sentences require that the reader spends time pondering them. It's a subtle, effective way of enabling the reader to inhabit the poem. And, yes, inevitably all of the sentences do manage to cohere, which is how a poem surfaces. Such would contrast with a verse form where one can discern the logical (narrative) leap between lines, e.g. the first five lines of another poem, “Temptation”:

If only it wasn't so dark there,

& it didn't rain there every day,
& if there were no mudslides there,
& if the animals stayed in the forest,
the people might be friendlier.

What finally makes Masterplan a cut above some other collaborations is its variety of tones. Whoever this poet persona is that was created by both poets, it’s a multifaceted persona whose wide-ranging poems keep the reader’s attention. Thus, you have the deceptively-eerie 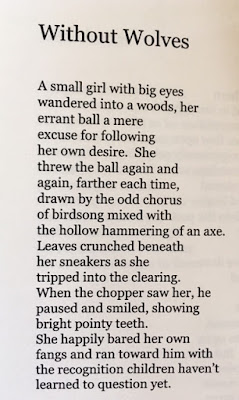 In the same collection as the philosophical 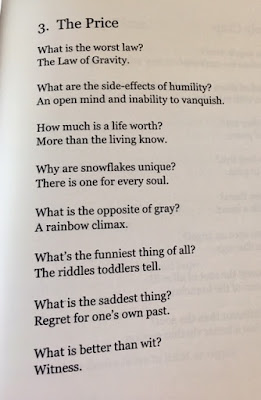 As well as the hapless 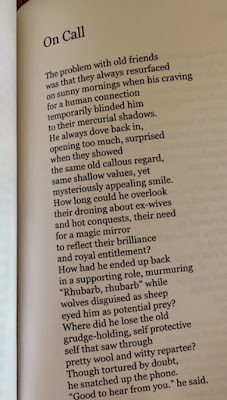 and so on. The third author created by Stone and Greinke may have created something for every reader and validates both poets’ decisions to write something by relying on someone else’s contribution. They expanded themselves by releasing authorial ego, and we as readers benefit. Recommended.