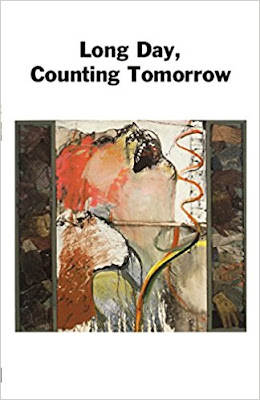 I must praise Feast for his depiction of me or, at least a character modeled on that wayward waif, Steve Dalachinsky. At that time, I had not fully acquainted myself with the book and find that the Steve character doesn’t have much of a role in the story. He’s mainly occupied making pompous statements on art and getting scolded by his wife. I, of course, never make such statements.

Here’s something I/he says: “I don’t know about China, but I feel what you were saying about Tang poetry being all about capturing-the-moment hits the spot. That’s what Ornette, Ayler and all the free jazz heads of today have been trying to do. Without a prearranged score, they create a trellis of notes that match the ambiance of the room and the assembled feelings of the players.”

What this has to do with Tang poetry is anybody’s guess, but I know the comparison of jazz to Oriental art is not new. See Bill Evans’ less-than-enlightening discussion of this in, of all places, the liner notes for Kind of Blue.

The second friend of mine who gets the Feast treatment is Yuko, my wife. Here is the way he presents her in dialogue with another character. That character says, “That’s what Japanese poetry was all about responding totally to the now in all its … its …”
Hiro [Yuko]: “Its nothingness.”

I’ll give it to him here. He does hit off Yuko’s conversation style of gnomic statements of a proto-existentialist tone. In fact, I asked (to use the nickname I’ve given him) Feastie Boy how he came to capture Yuko so well.

He pointed me to a book I had forgotten, her A Sunday Afternoon on the Isle of Museum.  I wasn’t sure what he meant but now, paging through it, I can see what sparked his admiration for her brevity and concision. Take her piece “August,” in which she looks at various photographs of people arranged according to their occupational fields: painters, politicians, movie stars; thumb-nailing each. Of the last group, she writes,

Living in a celluloid mirror,
a moving wagon
or on a gilded stage,
actors, male of female,
know how to stare
into the void.

Yes, it’s the same nothingness motif the character Hiro brings up, though the poem says a trifle more. To me, one of Yuko’s concerns is that today’s young people have become unhealthily self-obsessed. Thus, actors, like today’s youth, are staring into a “void,” but this is not some existential abyss but rather themselves. Young people’s inner lives are voids, she says, because they don’t see themselves are fully part of a community. When the film actor is acting in front of a camera, for an audience that will see the performance later, she is, thus, forced by circumstances to act only for her own perceptions. But young people internalize this attitude and begin acting for themselves, only themselves, in public. So Yuko says.

At this point, I’m not being self-obsessed but Yuko-obsessed, and a reader may feel I’ve strayed pretty far from reviewing the book. Not really. Look at Feast’s introduction to the Unbearable anthology Help Yourself, the one with the flashy Shalom Neuman cover. In it he describes a discussion between various characters modeled on his friends. Hint: Yuko = Yoko Snapple. Here Yoko is discussing actresses!

The cover like most Feast books is by the Richard Lethem (the father of Jonathan Lethem). Feast told me he met Lethem the first week he was in New York in 1975 when he moved into a “commune” in Brooklyn. He has been championing the painter’s work ever since, including a long piece in the important anthology, edited by Alan Kaufman, called The Outlaw Bible of American Art.

Someone recently commented, after looking at the cover on the Internet, that it was “gruesome.” Lethem depicts a head, thrown back on a hospital pillow, mouth gaping open, forehead a bright crimson as if his head were bloody (an emergency room admittee?) or maybe the person is just a redhead or maybe this is simply a slash of brightness for artistic effect. A tangled wire rising to the right of the canvas is also red, perhaps blood plasma. Is the guy depicted male or female? And is the depicted individual dead, dying or in between?

Like other Lethem works everything Lethem paints seems to be in extremis. Feast puts this down to an act of memory, writing on these lines, Lethem has as his subject “a biting, emotionally caustic, superbly measured indictment of a society that impacted his childhood [in the Midwest] decades ago, submerged somewhat only to surface in the times of the civil right riots and postwar militarism.” This is what gives his work about the present such a deep resonance, in that they scan and infuse depictions of, say, contemporary racial tension with a continuity that links them back to the racism he saw in his childhood in the 1930s.

I would also add that like Lethem, Feast’s work is filled with noir foreboding and deep rich, mysterious textures rather than thick overlays.

Feast’s book has all the attributions of Lethem’s work though some cannot be applied to this novel. Is booHis book is also set around hospitals. It’s actually a murder mystery. The description on the back cover reads: “Raskin Hasp is dying of AIDS, given only a few months to live. Then someone tries to kill him.” The book is set in 1998, yet, I also think he is, like Lethem, referring to America’s deeper past. It is an atmospheric, dark serious noir that has, in Feast’s own words “as much to do with the past as it does the present and perhaps the future. Like the ravaged demi-world of Nathaniel West’s Miss Lonelyhearts, in which a handful of broken losers battle an establishment that has all the power and money but none of their guts.”  This is a book, like the other of Feast’s novels in this series, that overflows with exoticism, menace, theory and search. Highly recommended.