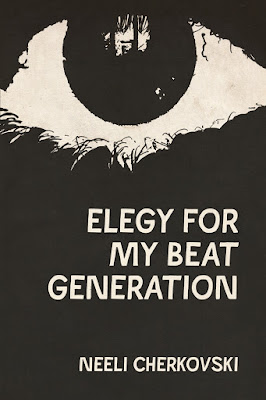 ELEGY FOR MY BEAT GENERATION by Neeli Cherkovski
(Lithic Press, 2018) 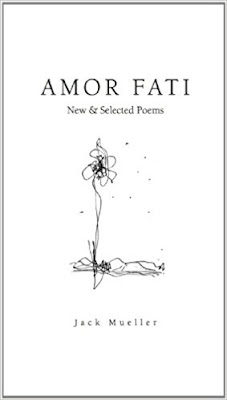 ELEGY FOR MY BEAT GENERATION by Neeli Cherkovski

With his latest book what Neeli Cherkovski gives us is a personal, passionate peek into his life. This prolific, generous, self deprecating, long standing, important West Coast poet with affinities to both L.A. where he was born, and San Francisco where he has resided for years, shares with us in these pages his intimate takes on friends and fellow artists with whom he feels a deep kinship, those who have survived life’s struggles and all the endless poetry wars. As Neeli says in “Spent Shadow” for the late, great David Meltzer, “languages are real / they have spines and elbows / languages are not domicile…” And indeed what he proves over and over again is a joyous celebration of the language of poetry, weaving it ever endlessly into what he refers to as “a demonic quilt.”

From his poem for Bukowski, with whom he shared an intimate relationship as he did and still does many others in this book, “Neeli, come join me, I am… dying for light.”  There are tributes to Gregory Corso, “When Gregory dies / there is a white butterfly in the yard taking notes…the piano players take a bow…, Ferlinghetti, Gary Snyder, Jerome Rothenberg, Ginsberg, Diane Di Prima, Jack Hirschman, Kerouac, Joanne Kyger, Bob Kaufman Alan Kaufman, John Wieners, “John I do feel you walking  / into the  hallway where your mind / portfolios possible routes / good endings beautiful routines… I learn how to tie knots that will last over time …” He also shows unlimited compassion for lesser known poets like Jessica Loos, “I see Jessica / she comes for Christmas lunch / and gives my house a lift / into the bedazzling canopy stars.” Then there is his epic poem for Jack Mueller, “to know words for seeing taking to bind / where land is thrust up dead dollar / and worm-dimes… in case of fire build history…” The litany of beautiful lines goes on and on from one poem to the next nonstop.

In his heart-wrenching poem “Shostakovitch on the Radio” he invokes the spirit of Bukowski (a classical music junkie), as the poem weaves in and out between the past and the present, by conversing with him about the likes of Rachmaninoff and Mahler’ “… the tough old men” as he claims Buk called them, coming out of the radio as the two imbibe in drink and smoke. When Shostakovitch “rose out of one of his last symphonies…” and “…battled it out with duels and death,”Neeli says Buk simply stated, “He’s a God.”  As the poem progresses, “One night Shostakovich / visited while we / drank in excess, he chain-/ smoked and bit his nails, / when the music ran wild / he turned into a furnace / and we drank.”

I’ll end here with a few choice words by Cherkovski himself in his poems for Corso and Kerouac that can easily describe him, his wit, his deep empathy and love of the art of poetry and those who manifest it. He finds “ a complete complex of simplicity / in a few well-chosen lines” (from “Gregory Corso”)…  “… a celebration … to jumpstart verbs across the pages…with pious profound improvisations…” and “rhythms…on our way to the forge.”

AMOR FATI: New & Selected Poems, with drawings by the author, by Jack Mueller

Jack Mueller and Lithic Press are both new names to me. I encountered both when on a recent trip to San Francisco I was taken to a memorial for Mueller who by then had moved to Colorado. The event was officiated by the poets Jessica Loos and Neeli Cherkovski (see above review.) I found Mueller’s life and work fascinating. At one point my wife, poet, artist, essayist Yuko Otomo, showed me a copy of Amor Fati  pointing out what a beautiful production it was and how great the content was as well. I opened the book randomly and came upon these words from the long poem “What Can I Say”: “Music is impossible & yet / it’s here! What can I say / I hear it! I hear it!” and i was immediately hooked. From the title poem: “What I can’t change changes me…  A poem I didn’t ask for / writes a year off my life… Banks charge me for making money / Off my money… Men are not free…my neighbor is poor  / and impoverishes me.” From his poem “Boxwork”: “ The earth is older yet / There are degrees of hardness in the rock / a rhythmic layering…” Even within this poem which incorporates the natural phenomena the earth produces the already musical Mueller never forgets the music of language, of the earth itself: The rhythmic sediment goes like this / ABCDCBA” he continues,  “ there is no telling when hot music will arise or faults will thrust up…” My dissecting Mueller’s work like this and thereby altering its form almost seems cruel since it only teases the reader at this point. But i can’t resist. Take “That’s My Point” when Mueller states “Life chose you / and you can choose / your own rate / of decay … only the child / the poet / and a woman / know what they want…  / We are bone seeds / that do not know / how to take off our skin … a banjo / picking out new solitude / a body / walking alone / on sufficient roads to /anywhere … C’mon,  the point, / obviously, is moving / and that’s the point.” And these poems are always moving in every possible direction and with every possible feeling and intelligence one can muster. “…Sound is the reflex of form. / a storm / that comes and goes.” So read these poems. Be moved. Maybe even altered like stone eventually alters. “Sing those other songs / already sung…”  Mueller’s songs. And I think I’ll leave it right there. No. I’d rather Mueller has the last word. “Snow White still has her seven dwarfs /And there is war”