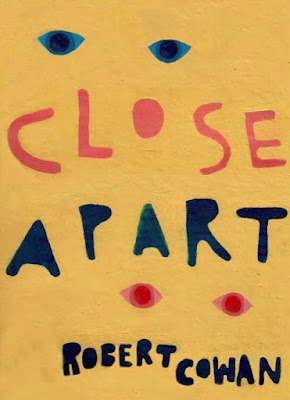 Robert Cowan’s first poetry collection, CLOSE APART, opens with a dramatic, visceral tug at the reader; experience it for yourself through the opening lines of its first poem “Hot and Black Out”:

When the southbound 6 train stops underground
it’s dark-blue for a long time. The chubby brown
girl across from me has an asthma attack, gasping

squeezed as she lurches forward. Her mother is
silently hysterical, mumbling, sniveling in empty
space, as the girl wheezes audibly. Our still sweat

You don’t so much read the poem as feel yourself in the stranded train with the others in the poem, a testament to the poet’s descriptive ability.

As you continue to move through the poetry collection, you become more aware of the poet’s high degree of (self-)awareness, exemplified by the first and last stanzas of “Relation Ships”:

My skiff floats over survival obligations
like vacuuming and picking up your library books
like mopping and getting you more vinho verde.

My skiff wishes, armed with this fore-knowledge, that
it hadn’t heard on the radio today that most people
experience greater stress at home than they do at work.

As well, the poet excels at pun-based deconstruction of words, like the title of the above poem and the the entirety of the poem “Gaslighting” which ends with

I imagine you here, scratching
and I say there … ah there …

thank you. But you’re not here
you’re there, with him,  and
the road comes to a T and

the GAS light on the dash

You see similar punning in the first stanza of “Understanding the Cuckoo “:

Sympathy for Eluard, cuckolded by Gala, with Dali
from the old French cucault, after cucu
which lays its eggs in another bird’s nest.

Cowan obviously appreciates word play, which also shows up in a different way in  “Do” where the diminishing line (one word lopped off each time) of “do you remember that time” interrupts each stanza: 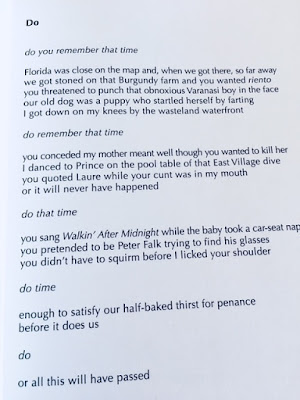 Cowan’s word play elevates the stories in this collection to enhance delight. Let me share one poem which is the first in a long while to compel me to ascribe the word “goofy” (in a good way) to a poem: 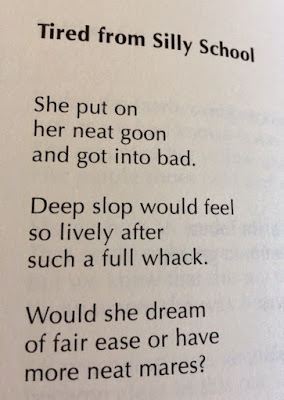 Despite this bit of goofiness, this slim volume is not slight. CLOSE APART offers a wide range of subjects and moods. It can be as serious as it can be goofy—the prose poem or essay “Close Call With Siberian Kickboxers” is a highlight for presenting a complicated coming-of-age tale involving Siberia, Kalashnikovs, orphans and more. Within it is the line,

“hold to the now, the here, though which all future plays to the past”

Cowan excels for being able to hold on to moments that, through his capture, become meaty poems.